skip to main | skip to sidebar

As chaves para a felicidade. Não?

1- Women with breast implants are more likely to suicide

A 15-year study carried out chiefly at Laval University in Quebec, Canada, and published in the American Journal of Epidemiology found a 73% higher rate of suicide among women with breast implants over a control group.

Of course, the breast implants themselves aren’t leading to suicidal tendencies; rather, the desire to get augmentation may be symptomatic of an underlying mental condition, such as low self-esteem, depression or body dysmorphic disorder (BDD). Women may opt for implants if they regard larger breasts as a means of gaining confidence or overcoming other personal issues. Unfortunately for these women, another study, this one out of the Department of Psychology at Children’s Hospital of Philadelphia, concluded that people with issues like BDD “typically do not benefit from cosmetic procedures.”

2- Some women can reach orgasm via breast stimulation

The idea that women can achieve orgasm via breast stimulation alone has been put forward by Marshall Miller and Dorian Solot, a pair of high-profile sex educators and the authors of I Love Female Orgasm: An Extraordinary Orgasm Guide. According to their findings, about 1% of women report the ability to achieve orgasm through manual stimulation of their breasts. As usual, another statistic that further contributes to the mystery of the female orgasm.

For the benefit of everyone, that 1% should speak up and let the world in on their breast-kept secret.

Leave it to the American Psychiatric Association (APA) to call it a fetish (in the fourth edition of the Diagnostic and Statistical Manual of Mental Disorders). However, since fetishism can be defined as “the use of nonsexual or nonliving objects or part of a person's body to gain sexual excitement,” the APA is right.

In that case, it might be the official psychiatric disorder of the American people, but don’t hold your breath for a presidential proclamation any time soon. As intimated in the introduction, Americans love breasts, but we have a hard time admitting it. Our secretive admiration for breasts is nicely illustrated by the Atlanta-based restaurant chain Hooters. The company’s website admits that “many consider ‘Hooters’ a slang term for a portion of the female anatomy. Hooters does have an owl inside its logo and uses an owl theme sufficiently to allow debate to occur over the meaning's intent.”

Owl-themed? Give it up, man. Their two-page menu features eight sets of breasts and one owl. In fact, it features as many crab legs as owls. While it might not be any more palatable to call the place Crabs than it is to embrace the fetish and call it Nipple Diner, this consistent and tiring prudery in the form of double entendre is both sad and juvenile.

4- Statistically the left one is bigger

This is according to a study published in the Annals of Plastic Surgery that looked at the breasts of just under 600 women. As their breasts grow and develop during puberty and beyond, one of the chief concerns girls have, and something that causes them way more grief than is necessary, is over one being bigger or smaller than the other.

Of course, there is no such thing as a perfectly symmetrical set of breasts; there are only sets that appear more symmetrical than others.

Yes, Virginia, there really is such a thing as a lactating male nipple.

The good news is that spontaneous lactation in men is exceedingly rare. Instead, when men do lactate, it is usually brought on by a drug hormone regimen prescribed to treat some unrelated condition. What’s going on is fairly basic: Men have mammary glands just like women, and some cancer treatments require estrogen, which means that men who are receiving a certain type of cancer treatment may lactate.

There seems to be some scant and altogether dubious precedent for men serving as wet nurses, as well as men who breastfeed their children (appropriately enough, they're called ”milkmen”), but it is lacking any clinical foundation and appears at best anecdotal. It might be best to keep it that way.
Publicada por Barrasco à(s) 12:23 da tarde Sem comentários: 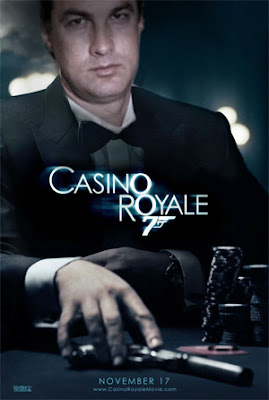 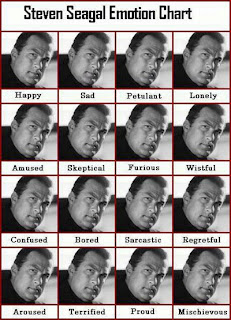 It's Just A Flesh Wound.